The major complaint about cryptocurrencies is the volatile price – this leads to problems for adoption of cryptocurrency use. The question for any businesses without experience with cryptocurrencies is “if I accept Bitcoin, what if it crashes?” There are tons of projects out there using various methods to create a coin that has a stable price.

Basic characteristics of a currency:

An ideal stablecoin can withstand a great deal of market volatility, while not being extremely costly to maintain – this keeps transactions costs down. It should be easy to analyze its stability parameters, and should be transparent to traders and holders – making it useful for payment processors. These features maximize real-world adoption and stability. 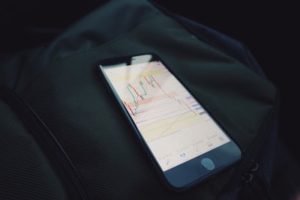 What are the benefits?

The primary benefit is convenience. Making purchases between fiat currency and cryptocurrencies is usually not instant. It is at times, but is generally limited to values lower than $1000 USD. With a stablecoin an individual who thinks that their cryptocurrencies are going to lose value can trade for stablecoins fairly easily. Instead of going through the effort to convert back to fiat, a stablecoin could be held to weather the storm.

In addition, some platforms are pushing use of their stablecoin as means for payment processing. In this way, it could be beneficial in the future to simply hold stablecoins rather than fiat currency at all. Further benefits vary widely depending on how the stablecoin was developed.

How do they work?

Pins, Tokenization, Collateral – The most simple concept behind a stablecoin is to use various “pins” – such as 1 stablecoin = $1 USD. Many other methods are being developed. Some are using collateral like gold, diamonds, real estate or debts to back the coin. Other companies use “tokenization.”

This method is quite similar, but begins with the asset’s value and uses a cryptocurrency to represent it digitally. The main difference is that a variety of forms of collateral could be compiled to maintain a certain value, whereas the tokenization represent the singular asset it was made for.

Another simple method is by controlling the quantity. When a coin that is meant to be stable is rising in value, the network can create more coins to decrease scarcity. 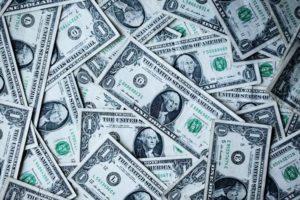 TrueUSD – TrustToken, a company based in San Francisco, has created a new stable cryptocurrency that they say is 100% guaranteed to be collateralized in US dollars: TrueUSD (TUSD). The company has developed a proprietary legal structure and offers regular audits to foster trust for TUSD token-holders.

Tokenization of any assets through a protocol that specifies how smart contracts direct fiduciaries to manage assets. The protocol creates a complete audit trail of fiduciary behavior.

Tether – has surrounded the USDT coin. It was created as a 1:1 USD Fiat-collateralized coin. In November 2017 they claimed to have been hacked for a loss of $31 Million worth of the coin. There were also rumors in January 2018 that the company was audited by U.S. government for transparency concerns.

They initially reported a backing of $442.9 million by Freidman LLP – an accounting, tax and business consulting firm, but have since ended that partnership. Tether has not announced definitive documentation of USD to back the amount of Tether coins. In May 2018 $250 million more Tether coins were created.

USDC – Circle Pay and CENTRA Project – USDC has a full reserve of USD to create a 1:1 stablecoin. CENTRE developed an open source fiat stablecoin framework to operate on their blockchain network. It is a “governed network,” meaning that it is neither centralized nor decentralized, with power to guide it properly held by CENTRE. They offer tokenization services of other forms as well.

BitShares – one of the first examples of a tokenization platform, and in turn some examples of stablecoins or “smartcoins.” The BitShares platform provides a toolset to create private coins and exchange between stablecoins like bitUSD, bitGold, or back to something like Bitcoin.

Boreal – backed by a combination of ether reserves, debt from loans, and dapp endorsement. The project only finished it’s ICO token sale in January 2018. It is built on the Ethereum Blockchain as a constantly innovating financial network to create stability through the Boreal currency.

The greater goal is provide banking access to anyone regardless of geographic location or status. The platform brings together the benefits of existing decentralized projects to create greater benefits, rather than compete with the technology.

Kowala – increases or decreases the kUSD money supply based on the market price to keep the value of kUSD close to $1. 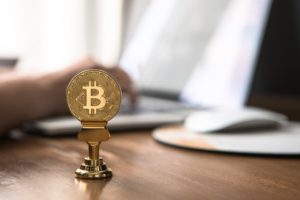 This type functions with a decentralized protocol designed to expand and contract supply similarly to the way central banks buy and sell fiscal debt to stabilize purchasing power. It can stabilize against anything it can source an exchange rate for – USD, euros, yen, electricity, beer, or the global consumer price index (CPI). Examples are Basecoin, Fragments, Carbon

An Introduction to Ripple

An Introduction to Litecoin

Blockchain and Supply Chain Management
Where Can I Buy Bitcoins and Various Altcoins?